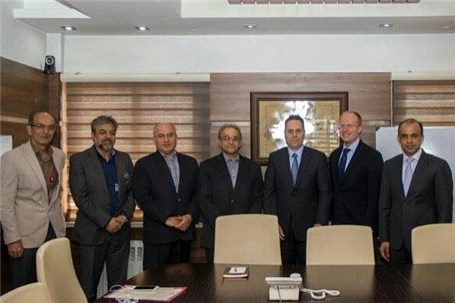 “During this event we had the opportunity to meet with top executives of prominent global plane manufacturing companies, including Boeing, Airbus and a few others,” he was quoted by Fars News Agency as saying on Friday.

Shekarabi said Boeing has committed to receiving all the required permits for the order, including those from the US Treasury Department’s Office of Foreign Assets Control, adding deliveries would start as of 2022.

The contract will be in the form of finance and the order is expected to be finalized by early August, according to the chief executive, who added that Qeshm Air is also planning to buy five second-hand Boeing 737-800 aircraft.

The airline's announcement came after Iran’s Zagros Airlines and Iran Airtour signed memoranda of understanding with Boeing’s European rival Airbus on Thursday to purchase a total of 73 A320neos.

Moreover on June 10, Iran’s Aseman Airlines secured a final contract with Boeing to purchase 30 B737Max jets, with the option of adding 30 more.