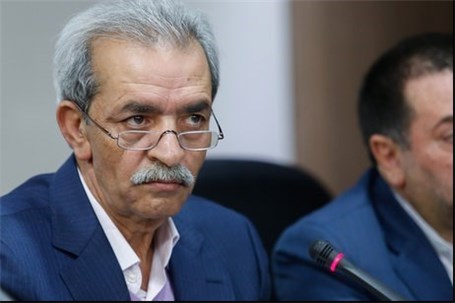 Asre Bazar- ICCIMA head has announced that volume of trade transactions between Iran and France is expected to reach 4.8 billion dollars by the end of the upcoming year.

Reporting "Asre Bazar", while addressing Iran-France Trade Conference underway in Tehran, Head of Iran Chamber of Commerce, Industries, Mines and Agriculture (ICCIMA) Gholamhossein Shafei made the remarks explaining that exploratory visits of foreign delegations have been accomplished as the project has entered an operational phase.

“Tehran and Paris possess age-old and strong economic ties which have been influenced by political and nuclear factors in recent years,” stated the official explaining that emerging conditions are promising of stronger relations between the two countries.

He said, in recent years, high-ranking trade and economic delegations have been exchanged between the two countries and several MoUs have been inked between state and private sectors of the two sides including the deals for purchasing Airbus passenger planes as well as Peugeot and Renault automobiles.

Additionally, the two sides held a session of the Joint Economic Commission the decision for which had been made during President Rouhani’s visit to Paris.

He emphasized that Iran enjoyed a strategic location and could connect France to Central Asian, Caucasus and Middle East countries. “With a GDP of 425 billion dollars, Iran remains as the second-largest economy in the region and also contains the second-largest population which leads to lowest risk rates for investment and highest profitability.”

Shafei later enumerated several venues for cooperation between the two sides including energy, transport, infrastructure, environment, information technology, health, agriculture, tourism and service sectors. Iran and France can launch a joint venture to produce a single brand that can be exported to the 450-million-people market inside the region.

ICCIMA head recalled that France, with a trade turnover of over 1,000 billion dollars, was a powerhouse in the global economy and remained a major suppliers of commodities to Iran. He noted that the current trade turnover of $2.4 billion between Iran and France was expected to become twofold in the 2018.

“To this end, banking, customs and transit barriers need to be eliminated,” highlighted the official expressing hope that proper grounds will be prepared for reinvigoration of bilateral trade cooperation between Tehran and Paris.