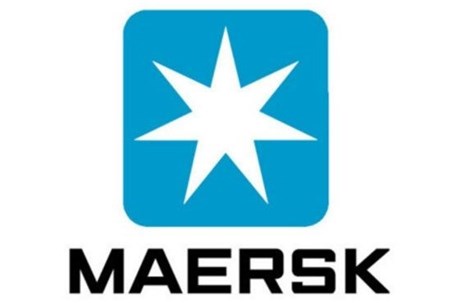 Asre Bazar- Several other foreign companies have been invited for South Pars oil venture but none have given a decisive answer.

Reporting "Asre Bazar", Denmark's major offshore explorer Maersk Oil is in a strong position to win a contract to produce ultra-light crude from Iran's South Pars gas field and its recent acquisition by France's Total will not adversely affect the potential deal, an official at the National Iranian Oil Co. said.

Karim Zobeidi, the NIOC's deputy for planning, said Maersk Oil is the only foreign firm to have shown serious interest in developing the oil layer of South Pars, the world's largest gas field in the Persian Gulf shared between Iran and Qatar, ISNA reported on Friday.

"Maersk has expressed its interest in the South Pars oil layer project. Several other foreign companies have been invited but none have given a decisive answer. They have neither rejected nor embraced the proposal," he noted.

Asked if the SP oil layer contract would be awarded to Maersk if no other company comes forward, he said, "Yes, that's likely and we welcome the opportunity."

"Maersk has experience in this [offshore exploration and production], having developed the oil layer of the field on the other side," he added, referring to the extension of South Pars oil layer into Qatari waters known as Al Shaheen.

Qatar started crude oil production from the joint field over two decades ago while Iran tapped into the oil layer in March.

The country currently draws crude oil at an average rate of 25,000 barrels per day from the oil layer, using a floating production storage and offloading vessel, and has since star, having since shipped over 3 million barrels.

Against a backdrop of Maersk Oil's acquisition by Total in a $7.45 billion deal in August and the French company's firm foothold in Iran, Zobeidi said, "If the SP oil project is assigned to Maersk, information on the Iranian side of the project will remain solely with the company."

He expressed confidence in Maersk's confidentiality but said without elaboration that "other groups and organizations are also involved" in safeguarding technical and financial details pertaining to the South Par oil venture.

Experts say it is not yet clear how the acquisition by the French energy giant, which signed a $5 billion deal in June to develop Phase 11 of South Pars, would impact the South Pars oil layer development.

Maersk currently produces oil from the Danish and UK sections of the North Sea, Qatar, Algeria and Kazakhstan.

NIOC plans to employ enhanced oil recovery methods to boost the extraction rate in fields by 35%. South Pars oil layer is located 130 kilometers off Iran's coast in the Persian Gulf with an estimated 7 billion barrels of oil in place, but it is hard to put an accurate estimate on the volume unless more exploratory wells are drilled.

Despite faring poorly in production from the oil layer, Tehran says it has matched Qatar's natural gas extraction rate from the giant field that is reportedly at 550-600 million cubic meters per day.

Iran plans to raise gas production to 1.3 billion cubic meters a day from more than 800 mcm/d in five years, counting big on its mega South Pars project that accounts for more than two-thirds of its gas supply.