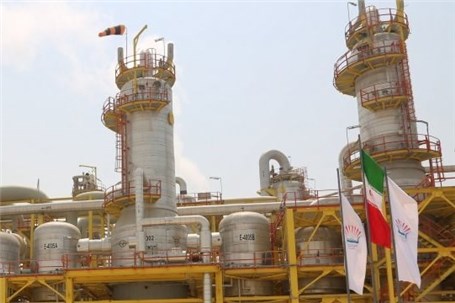 Asre Bazar- Iran is studying the technical and financial terms of agreements with French company Total and Royal Dutch Shell on the construction of petrochemical plants in the country and will sign contracts with the energy majors in the near future.

“We are in the final stage of appraising the framework of a partnership with Total and Shell in the petrochemical sector,” she said.

“As per the MoU with Total, the two sides are due to announce their financial and technical estimations six months after the preliminary agreement was signed.”

Total and Iran reached a preliminary agreement this year to build three petrochemical plants, with a total capacity of 2.2 million tons, in a deal that, if finalized, could see the French oil major investing up to $2 billion in Iran.

The agreement entails the development of two plants to produce a special grade of polyethylene, each with an annual output capacity of 500,000 tons, and an ethylene production project via cracking of ethane with 1.2 million tons in annual production capacity.

The Anglo-Dutch company has agreed to invest $350 million in a major petrochemical project in Ibn Sina Petrochemical Complex located in Hamedan Province.

According to Trend News Agency, the agreement with Shell could pave the way for the energy giant to invest $6 billion in Iran's energy and petrochemical projects.

Oil- and gas-rich Iran produced 50.61 million tons of petrochemicals in the fiscal 2016-17 that ended in March, of which 20.3 million tons, worth $9.5 billion, were exported, government data show.

The completion of petrochemical projects will raise Iran’s nominal production capacity to 72 million tons a year by the end of the current fiscal year.