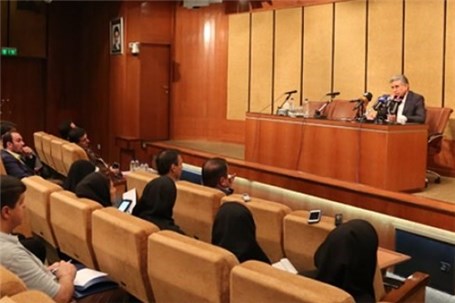 Asre Bazar- The government hopes to sign 10 major oil and gas deals by the end of its fiscal year (March 20, 2018) after concluding a landmark deal with French energy firm Total to develop a gas project in the Persian Gulf.

Reporting "Asre Bazar", "We are keen to accelerate the development of Iran's petroleum industry and plan to sign 10 more deals by the yearend," Gholamreza Manouchehri, deputy chief of the National Iranian Oil Company, said in a news conference on Saturday, NIOC website reported.

Iran sealed a $4.8 billion deal earlier this month with Total, the world's fourth biggest oil and gas firm, to develop Phase 11 of the giant South Pars Gas Field in the Persian Gulf.

Tehran hopes the gas deal, its first major contract with a top western company after last year's lifting of sanctions, will prompt other big names to throw caution aside and bring in much-needed technology and investment to the oil- and gas-rich nation.

"The gas deal [with Total] and similar contracts will increase the country's stability and security," Manouchehri told reporters.

But the gas deal with Total is proof that Tehran faces an uphill task to accomplish its self-assigned target of 10 gas deals. Iran and Total signed their long-awaited contract after more than 18 months of difficult negotiations while concerns over the return of sanctions had thrown the agreement into uncertainty.

The next project in line for international majors is Azadegan, a large crude oil reservoir at the Iran-Iraq border. According to Ali Kardor, the NIOC chief executive, the tender for the giant Azadegan oilfield in the southern Khuzestan Province is in the making, but several companies have asked for more time."